For Bixby Alexander Tam (nicknamed Bat), life tends to be full of surprises—some of them good, some not so good. Today, though, is a good-surprise day. Bat’s mom, a veterinarian, has brought home a baby skunk, which she needs to take care of until she can hand him over to a wild-animal shelter.

But the minute Bat meets the kit, he knows they belong together. And he’s got one month to show his mom that a baby skunk might just make a pretty terrific pet. 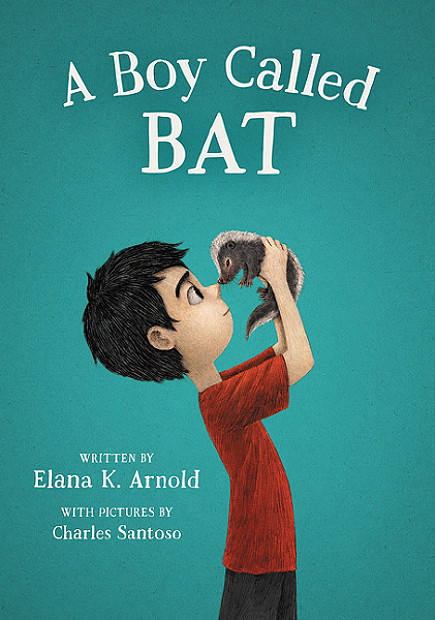 Bixby Alexander Tam stared into the refrigerator, trying to decide what to eat. He knew that the longer he took, the more energy he was wasting, and Bixby Alexander Tam did not like to waste energy. But he also didn’t like to eat leftovers, or cheese that had to be sliced, or any of the yogurt flavors in the fridge.

“Bat, close the refrigerator door!” yelled his sister, Janie, from the kitchen table, where she sat cutting out pictures from a pile of old magazines. Janie, he was sure, had eaten all the lemon and vanilla yogurts. And she knew he only liked the creamy ones, not the fruit-on-the-bottom kind.

“Bat” was what almost everyone called Bixby Alexander Tam, for a couple of reasons: first, because the initials of his name—B, A, and T—spelled Bat.

But there were maybe other reasons. Bat’s sensitive hearing, for one. He didn’t like loud sounds. What was so unusual about that? And if Janie’s old earmuffs happened to make an outstanding muffling device, was if that funny if he liked to wear them?

There was also the way he sometimes flapped his hands, when he was nervous or excited or thinking about something interesting. Some of the kids at school seemed to think that was hilarious. And, of course, bats have wings, which they flap.

So between the initials and the earmuffs and the hand flapping, the nickname had stuck.

And, truthfully, Bat didn’t mind. Animals were his very favorite thing. Better even than vanilla yogurt.

Mama Says:
This book made me cry happy tears! It was so sweet, and so very intuitive.  As a mother of a child who sees the world differently, it is immensely refreshing to find new authors writing characters of the same ilk.  Characters who are singularly focused on one goal, but take a very odd route.  Or those who eat four things and don’t you dare offer them anything different.
A Boy Called  Bat wasn’t just touching, it was a lot of fun! Adventurous and full of adolescent curiosity, it’s a great book to read with your kids, or hand them to read if they’re older and waiting on you to get your tooth cleaned.

ELANA K. ARNOLD completed her M.A. in Creative Writing/Fiction at the University of California, Davis. She grew up in Southern California, where she was lucky enough to have her own horse–a gorgeous mare named Rainbow–and a family who let her read as many books as she wanted. She lives in Huntington Beach, California, with her husband, two children, and a menagerie of animals. She is represented by Rubin Pfeffer of Rubin Pfeffer Content.